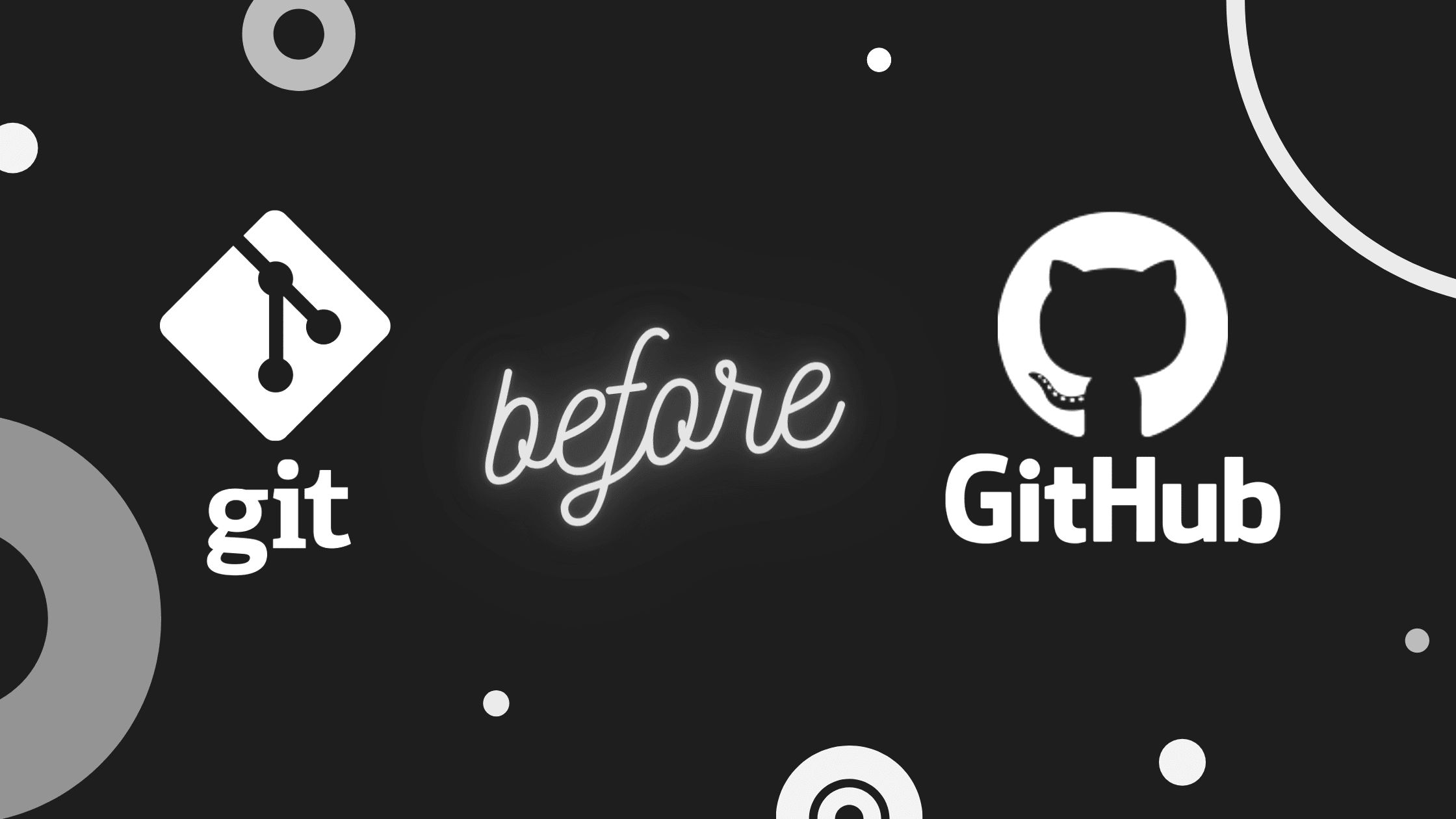 Back when I was studying CS at university, we had assignments to code various algorithms. When the assignments were due we were supposed to execute the code in laboratory systems and get the output checked by the professors. I liked coding and tinkering with the algorithms; some of my classmates didn’t. They used to copy the code from my system on a USB stick and execute them on their system and get done with it. I didn’t judge them but I was tired of giving each one their copy and sometimes also instructing them how to execute that piece of code. In one such assignment, I uploaded the code on GitHub and shared the link with anybody who asked. Unknowingly, I had made my first open source contribution.

A lot of people have similar stories and for most, Github is synonymous with Open Source. One thing that is also used interchangeably with Github is git. Even though these are three different entities, a lot of developers including me have never contributed to open source or used git without Github. Thus I was surprised when I learned that famous open source projects like Linux were not on Github even though they used git. Also, git was around before Github, so there must be other more native ways in git to get things done. I wondered how it worked but didn’t do anything about it until recently when I decided to experience a git only development workflow.

We use version control systems broadly for two use cases – to contribute to a repository where we have write access; to contribute to a public repository where we don’t have write access. To collaborate with developers to whom access can be given, Github or other platforms are not necessary. Anybody can host a Git server that can be used to host repositories. Developers can clone, push to, and pull from these remote repositories once access is granted to their ssh identity.

This is similar to how we upload our SSH keys to Github or other platforms for being able to clone the repositories using SSH.

One thing which is missing in the above-mentioned method is the ability to create Pull Requests, get them reviewed and merged into the code. It becomes a big issue when the developers don’t have write access to the repositories as is the case in open source development. General open source flow is to fork a repository, push the changes in your forked repositories, and create a pull request to the original repository from where the maintainers can review and merge. Pull request is not a feature of git, but of platforms like Github. Collaborative development in git has the following steps:

We introduced two new processes in this workflow – creating a patch and applying a patch. Let’s discuss them further.

A patch is a diff of code and metadata around it. A diff is the actual code change which can be viewed using the command git diff. It is a Unix concept that is way older than git and Unix systems even have a builtin tool, diff which compares changes between two files. Its output can then be saved to a file that can be processed by another utility tool called patch which updates one of the files to make its content identical to another file.

If we want to update the original file with the contents of the new one, we need to “patch” it.

NOTE: Use git-before-github repository to practice this example and all the ones which are to follow.

Now that we understand the concepts of diff and patch, we can proceed with using them in git. To generate a patch file in git, we need to use git format-patch command.

This will create a patch file for the latest commit. Tinker with the argument to produce patch files for other commits too. By default, each file represents a single commit and the file name is of the format 0001-<commit message>.patch. Interestingly, it is in Unix mbox format which means it has some email-like metadata (from, subject, etc.) followed by the patch data.

This is the patch file I created to add my name to the contributors’ list of the git-before-github repository as an exercise for myself.

We have a patch file which we can send to the maintainers so that they can apply the patch. We can either use traditional ways to send the patch or use git itself, but more on it later. In this section, we will explore the process to apply a patch.

git apply <patch file> is a command which applies the changes described in the patch file locally but does not commit them. They will appear in our workspace and we can stage them and commit them. This is not ideal as even though we get the changes, the commit metadata like author name and message is lost. A better way to apply patches is git am (abbrev. for “apply mailbox”).

The flag --signoff is used if the commit message needs to be appended with a “Signed-off-by” line to indicate who applied the commit. Below is the signed-off and applied commit for the patch we generated as an exercise in the last section.

Now we can explore how to send a patch file to a maintainer in the “git” way. There are two ways that I know of –

NOTE: Sender email addresses can be spoofed quite easily and this raises the question of authentication and authorization when submitting patches. I tried creating patches of PGP signed git commits but the patch doesn’t retain the PGP signature. We could encrypt the email itself using PGP but that’s a lot of extra work for both the contributor and the maintainer.

So what can we do with this newly acquired knowledge?

You can practice for yourself by adding your name to the CONTRIBUTORS.txt file of the git-before-github repository, committing it, and then sending me the patch. I would readily apply it. 😀